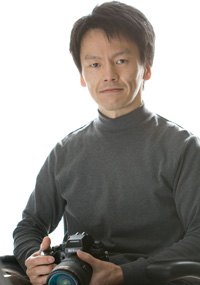 My name is Takayuki Yoshida. I live in Takarazuka city that is a pleasant suburban district in Japan. Most of my astrophotography were taken from my back yard at first. But light polluted in the sky have became harder and harder every year. So I decided to visit to country side to take a good image. Now, I have been taking an image there. I have a dream that I have a remote observatory in dark location such as New Mexico.

I had my first contact with astronomy when my uncle showed me the jupiter with a telescope. For many years I forgot about that but I finally came back to astronomy when I lived in Takarazuka city. So, I bought a typical reflector with 130mm diameter because I wanted to take a photograph with it. Finally, I bought a Takahashi Telescope and an SBIG CCD camera such as SBIG ST2000XM. I started to take an image using CCD camera.

My astrophotography has been published in various Japanese magazines. Recently, my Andromeda photo was featured in the Universe Today and my IC4603 was featured in APOD. It's a great honor for me.

I keep taking a photograph of celestial object, beatutiful wonder in the Universe!